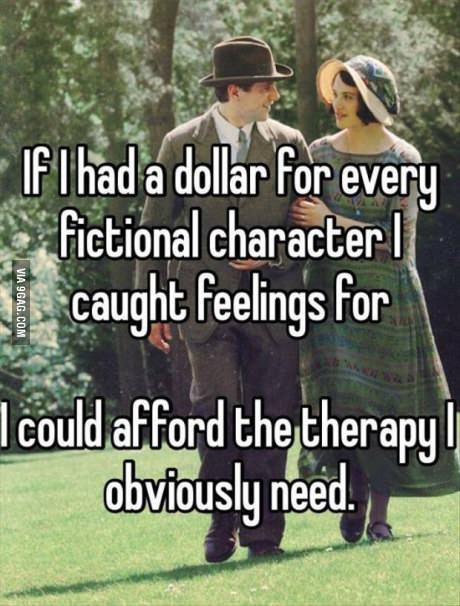 Inspired by History Womble’s recent blog post, providing a brief glimpse into his reasons for choosing his own top 10 books, having been nominated I thought I should do the same. I can’t say my list will be as learned or as spiritual as his, but it’s mine and at least says something about me.

Not the most uplifting of reads, nevertheless, this book always fills me with a certain awe. Telling the now-famous story of the Clutter murders, in sleepy rural Kansas, Capote’s book seems to me a really good example of the ways fictional and non-fictional writing can be blended, to reveal the poetry to be found even in our responses to the darkest of deeds.

2. The Name of the Rose – Umberto Eco

I once had dinner with Umberto Eco’s son. It had no bearing on my enjoyment of this book but I wanted to brag about it anyway. Like In Cold Blood, this is a book to which I can return again and again and again. Knowledge of the ending doesn’t diminish the power of Eco’s riddle, nor my appreciation of its execution. It’s a book that provides something new with each reading – not least my last read-through, where I read everything Baskerville said in Sean Connery’s voice. Or my second read, where I actually tried to understand the theology and philosophy rather than skipping past!

I’m cheating a bit by including 60 stories, from four novels and four short story collections, in one entry. Yet, it would be hard to find a book that has influenced me more in recent years than this (and thanks to my girlfriend, Karolina, for beating me over the head until I read the thing!). The stories took me from light entertainment on my tube commute to serious analysis at a library desk; and from a life of office drudgery in London to the swelter of a PhD in Cambridge.

4. The Amazing Adventures of Kavalier and Clay – Michael Chabon

I realise I’m courting some slight ridicule by the fact that these first books in my list all pertain in some way to my research: intellectual puzzles in 1 and 2; ‘Baskerville’ in 2; the blend of fact and fiction in 1; and now the rise of serious fandom in 4. Still, I loved all these books (bar Holmes, actually) long before my PhD. This one in particular. I love returning to its grand scope, it’s artistic dreaming and its evocation of a world that is on the brink – and knows it.

5. Coming Up for Air – George Orwell

Since this list is ‘off-the-cuff’, my last remark about a society on the brink and fully aware of it made me think of this classic by Britain’s greatest mid-century writer. I could cheat by including here all his titles I enjoyed (and will: Nineteenth Eighty-Four, Animal Farm, Burmese Days, Down and Out in Paris and London, Shooting an Elephant, The Lion and the Unicorn, My Country Right or Left). Writing in the late 1930s, Orwell presents a lively world of looming doom and a resulting retreat into memory and fantasy.

Clearly the power of associative thinking has grabbed me, for this book fits in the same mental compartment as Coming Up for Air. Like Orwell’s book, this is not looking back at the occupied France in the 1940s but was written, as it were, in real time. Nemirovsky, herself a former refugee from the Russian revolution, evokes the sense that no-one knows what is coming, nor what the world to come will look like.

It would be remiss of me to leave off any travel writing from this list, given my )life’s) work’s focus on travel and literature, yet as with Orwell, there are far too many to do justice to those I’ve read (and still want to read) here. This one sticks out for Theroux’s wavering authorial voice – at home in Africa yet seeing with new eyes, claiming a new sensitive Western vision whilst being neo-colonialist all the same. Also, it was the first really literary travel writing I read.

Though Bill Bryson’s A Short History of Nearly Everything has stuck with me more, this book was really the first to open my eyes to the grandeur of prehistory and the power of telling stories where people don’t always have to be at the forefront.

9. The Call of the Wild – Jack London

Speaking of which (and here goes the associative thinking again), London’s stunning tale of one pack dog’s turn from hound to wolf in the Canadian north took me back to The Animals of Farthing Wood all over again. London’s ‘dog’s-eye view’ tackles the issue of regression in wilderness, whilst suggesting that ‘going wild’ might not always be as bad as it was commonly made out to be. You should read this book, if you haven’t already. My copy came bound with White Fang and To Build a Fire, in a Modern Classics Edition.

As a fan of the New Yorker I was bound to like this but his basic message that leaders come not from some random ‘gift’ or specialness, but from hard work and 10,000 of it, inspires me. He makes very good arguments, too, supported by data, for the power that school can work in children’s lives.