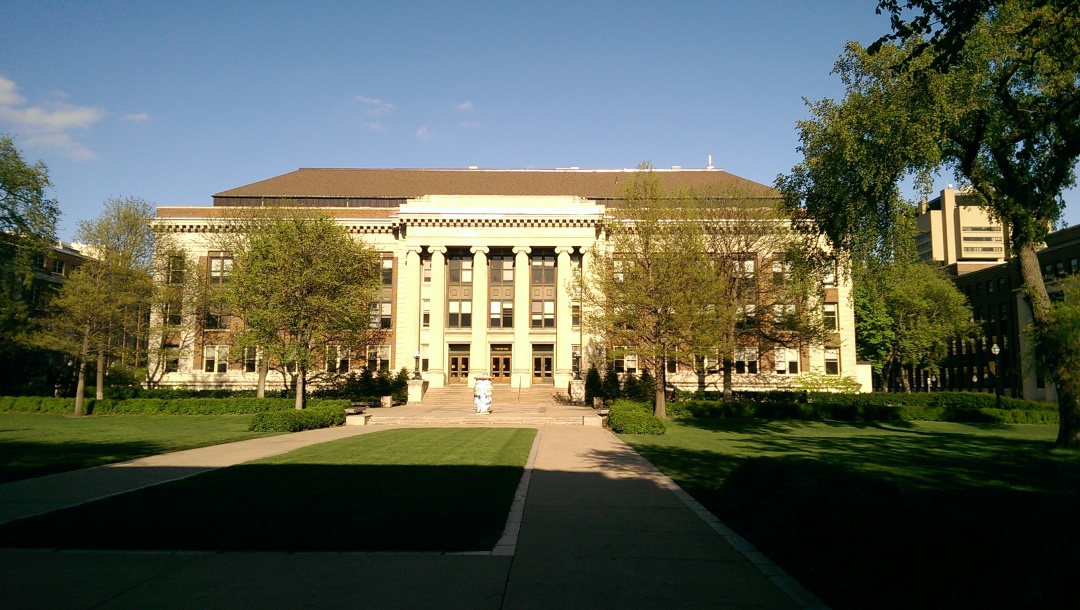 The Mysterious World of Sherlock Holmes

In June of this year I was privileged to receive the Bryce L. Crawford Jr. Award for ‘Best Article in the Friends of the Sherlock Holmes newsletter in the last year’. The award was presented, sadly in absentia, at the Norwegian Explorers of Minnesota’s Triennial Conference, at the University of Minnesota in Minneapolis. Luckily for me, my good friend and true Sherlockian, Monica Schmidt, was there to record it.

Below is the text of my article, which is all about what happens when you realise that what you know is a mere drop in the ocean of everything you could possibly read. I guess you could say the game’s still afoot!

To be a PhD student, I am often told, is to become an expert in my (very small) area of research. I get the idea, but as I say to those who would care to listen, and many who don’t, I’m not really an expert in anything: I’ve just gotten quite good at arguing for one particular thing. Nothing puts this idea into better perspective than a visit to the Sherlock Holmes Collection at the University of Minnesota. I’m sure I do not need to tell you, dear Friends of the Collection, how vast and daunting the piles of books and manuscripts and newsletters must seem to a first-time reader. Yet, if I tell you that when I drafted my original doctoral research plan – more than a year beforehand in the very different surroundings of Emmanuel College, Cambridge – I had never even heard of the Sherlock Holmes Collection, I am sure you can grasp the size of the challenge that awaited me when I finally made it to the doorstep of the Andersen Library.

In Britain, unlike in North America, our PhD degrees never include anything as useful as two years of classes before writing begins. From the first weeks of the first term of the first year we are thrown straight into the dissertation. Naturally this provokes mass panic among new postgrad students as they wheel from pillar to post in search of anything that will help them refine a hastily-written thesis proposal (often, like mine, no more than 1000 words) into a fully workable, 100,000 word thesis in just nine terms. For me, this came in the form of a grant competition run by my funding body (the Arts and Humanities Research Council, the leading public funding body for the humanities) for the chance to spend between two and six months at one of six research centres in America. With my supervisor’s help I put together a winning application to the Library of Congress – making my apparently sane case that a PhD on London’s most famous detective would be best completed by getting further away from London.

It was in the Library of Congress that my thinking on my PhD topic started to change. I had come in thinking of my thesis as a study into themes and motifs of geographical mobility – that is, real, physical movement of people, objects and the narrator’s point of view – in Doyle’s Sherlock Holmes stories. But the more I came into contact with readers’ and fans’ writings about ‘the world of Sherlock Holmes’ – starting with David Hammer’s Game series of travel books – the more I came to realise that the real object of my curiosity was not “how did Doyle create the fictional world of Holmes?” but rather, “how have fans made Holmes’s world the way it is, and why have they been so keen to get up and walk (or drive or take a train) through it?”.

The second part of this question came to my attention after I noticed something in the books I was reading at the Library of Congress. Before c.1970 fans of the Sherlock Holmes stories were more likely to imagine the world of Sherlock Holmes as “a romantic chamber of the heart; a nostalgic country of the mind”: they would argue about Victorian London architecture with information drawn from books or they would, like Julian Wolff, make maps of “the world strictly according to Doyle” that included Vermissa Valley and left off everything else. Yet, after c.1970 all that changed. Readers like Hammer were much more likely to leave their homes, to wander the streets of London, of Europe, of New York City and return with new truths about the world of Sherlock Holmes. Guidebooks to Sherlockian locations became popular. Examples include Arthur Axelrad’s On the Scent, which takes readers on a long, circular walk through London’s streets, starting and ending around Baker Street, and which includes instructions on where to stand to take the best photographs (based on Axelrad’s own experience); or Philip Weller’s A Practical Guide to the Dartmoor of The Hound of the Baskervilles, which was printed as a pull out to the Franco-Midland Hardware Company’s April 1991 issue, and in which Weller boasted of his “several decades of teaching survival and navigational techniques on the moor” as qualification for his work.

While the Library of Congress collections whet my whistle on this subject, it was the Sherlock Holmes Collection that gave me the means to really explore it. After six months of challenged expectations and new information that dragged my research into unfamiliar but promising directions, I realised that time was fast ticking away and I had better take the advice of one of my new-found Sherlockian friends (met at O’Lunney’s in New York during the BSI Weekend – but that’s a different story) and high-tale it to Minneapolis before it was too late. Due to time, money and housing issues I had only a week at the Collection’s coal face, to chip away and bag as much useful material as I could get my hands on. Luckily for me I had help, in the persons of Tim Johnson and his colleagues, who put in every effort behind the scenes to make sure that I and my fellow reading room users could see as much as possible, as quickly as possible.

The smallest fraction of the Collection’s material that I was able to photograph and photocopy during my week-long visit not only added to the finds I was making in Washington, it took my thinking into new and productive directions as well. From one fans’ imaginative interpretation of Sherlock’s observation in BRUC that, “Mycroft has his rails and he runs on them”, putting the elder Holmes at the centre of a murder mystery on The Flying Scotsman; to another’s colourful, illustrative guide to the international flavour of Sherlockian fandom; and one booklet about the writings simply titled, Who’s Where? – it was hard not to find evidence for my hypothesis that geographical imaginations are an important part of the how Sherlockians understand the world of Sherlock Holmes. I was also lucky enough that Tim and his colleagues pushed me to look at Philip ‘Sherlock Holmes’ Hench and his 1950s map of the Reichenbach Falls. So convinced had I been from my Library of Congress reading that physical exploration of Holmes’s world only happened from the 1970s onwards I was momentarily taken aback by Hench’s map. Yet, it showed me that there is always nuance in any hypothesis.

More exciting, and more eclectic, was the great range of readers’ engagements with Sherlock Holmes and his world that I discovered hidden in plain sight among the Collection. Alongside the books and pamphlets on Holmes’s travels during the Great Hiatus, was a periodical series called The Sherlockian Federation, dedicated to fan fiction that bridged the divide between Sherlockiana and Star Trek, which had an impressive print run in the 1970s. In contrast to long-running periodicals such as the Devon County Chronicle published by the BSI’s Chicago scion, of which the Collection has editions from 1964 to 1991, there were many other fanzines, newsletters and smaller periodicals which ran for two or three issues at most. Many of these, touchingly, discussed the writers’ personal lives as much as they dwelt on Holmes. Firmly in the spirit of playing the game, one periodical dedicated to the study of the Canon, called itself Holmeswork.

Although my visit to the Sherlock Holmes Collection and to Minneapolis was short lived, I can happily say that it opened my eyes to material that vastly improved the quality and reach of my research. In fact I am still going through many of those materials six months later. My visit did something else, too. It gave me a realisation that for many Sherlockians, playing the game is more than just writing about a favourite character or a fictional world – it can be about getting involved in a community of fans, about visiting Europe or about playing a part in something much, much bigger than oneself. So far my adventures with Holmes have taken me from London and Cambridge, to Washington and New York and, finally, Minneapolis. In my mind and on my pages I have ventured further still, to Holmes Peak in Oklahoma and even to Sherlock Crater on the moon. Where, I wonder, will these writings on the writings take me next?

2 thoughts on “The Mysterious World of Sherlock Holmes”